POET AS RADIO, formerly a weekly program on KUSF In Exile which aired 2011-2014 and was hosted by Delia Tramontina, Nicholas Leaskou, and Jay Thomas, is currently transiting to Podcast. Please stay tuned for details!

Jack Spicer said that the poet is not a creator, but a conduit, getting messages from an undefinable source to form the poem. He thought of a poet as a radio, broadcasting words. We like to think of POET AS RADIO as an opportunity for writers to broadcast their words as well.

Shows include interviews with Bay Area writers, readings, lectures, announcements about Bay Area poetry readings—and other great ideas that we, and you, come up with. Please contact us with ideas for future shows and info on your upcoming events at poetasradio at gmail.com.

Nicholas Leaskou is from San Francisco and received his MFA from USF in 2009. His poems and reviews have appeared in Jacket2, Tarpaulin Sky, Dusie 15, Vallum 8:1, Switchback 7 & 13, Midway 2, Boog City, and Fourteen Hills 7:2. He is the author of Heliotropes (Ypolita Press, 2017). His jewelry can be found at ZygosDesign.

Jay Thomas lives in San Francisco. He makes a living writing poetry, and his hobbies include working in Silicon Valley on most weekdays. He's created and/or maintained websites for a variety of Bay Area poetry-related entities including Switchback and A Community Writing Itself. He received his MFA in Writing from the University of San Francisco in 2007. 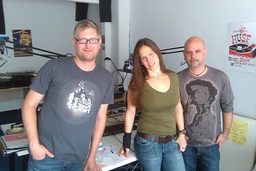 Jay, Delia, and Nicholas wrapping up their first show in the studio at KUSF in Exile


Here are some pics of us during our January 7th show 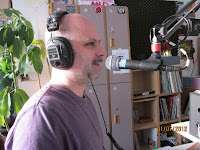 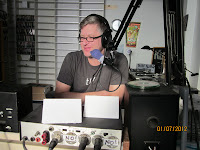 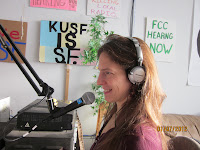 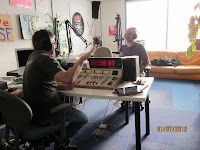 We read at the Canessa Park Gallery Reading on Monday July 9th. Thank you to Avery Burns for inviting us to read and to everyone who came 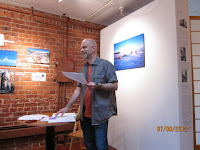 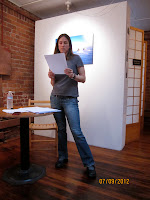 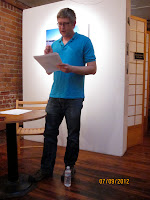 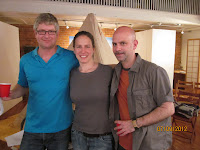